VIA FRANCIGENA INSIDE TUSCAN VALDELSA

CASTELFIORENTINO, A LAND OF ROADS AND PILGRIMAGES

A very rich territory whit many opportunities for tourism, hiking, bicycle or horse.

Early in the day or in the afternoon of September often see people walking with the backpack and your staff in your hand. People of all ages and nationalities. They are on a stage of the ancient Via Francigena.. Somethimes are alone, others in small groups, everyone with their own reason to march: religion, culture, history, art or naturalistic interest. Every story keeps today active the Via Francigena today: a live path, a place of communication and contact among different people.

In the Middle Ages it was the main route used by pilgrims on their way to Rome, the Via Francigena was, the main important link between Rome and the center of Europe. With its many variants, it has largely affected the territory of Tuscany and Valdelsa, passing Castelfiorentino and after dividing into two distinct routes in the years: one by the hills, path told by the Archbishop of Canterbury Sigerico in his memoirs (990-994). Sigerico wrote about XXI mansio, named Sancte Petre Currant, today identifiable as Pieve di Coiano. The other path is located in valley bottom on the left site of the Elsa river and mentioned also by Filippo II Augusto Imperator when he was on returm from III° Crusade (1191).

Castelfiorentino, in the center of this path, is the right place to discover this ancient route.

We recommend that you can go on both paths: by the hills (Sigerico – Middle Ages) and by of valley bottom (Filippo II Augusto Imperator – Renaissance).

Starting from suggestive Pieve di Coiano located Castelnuovo d’Elsa, distance 4 Km from Castelfiorentino, with its steep staircase thes church is mentioned in submansiones write down by the Sigerico, the archbishop of Canterbury during his trip returning from Rome (990 e 994).

In an hour of walking, inside an extraordinarily beautiful path and following the hilly ridges in Valdesa you arrived in San Miniato, an amazing small city with a nice Middle Ages historical center and the imposing tower of the fortress di Federico II di Svevia. 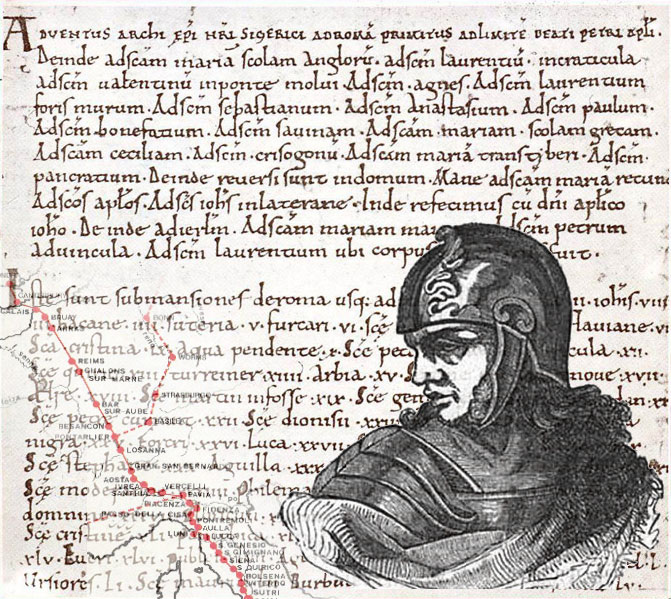 ON THE FOOTPRINTS OF NERI DI BICCI, COSIMO ROSSELLI AND BENOZZO GOZZOLI.

We recommend to start from BeGo Museum in Castelfiorentino, the “house” of Benozzo Gozzoli where are preserved the frescoes of two of his of monumental tabernacles; particularly the tabernacle of Madonna della Tosse was placed along the valley bottom track of the ancient Via Francigena, inside of a small chapel where, today, are keeping the original sinopie and the draft designs of the frescoes.

Head towards Castelnuovo d’Elsa, surrounded by nature, you can find the small church ofSanta Maria, in Lungotuono, with its very nice “Madonna col Bambino” painted by Cosimo Rosselli (1471) and, at 1 km of distance, the junction for Castelnuovo d’Elsa and another chapel with the precious sinotipie of Benozzo Gozzoli.

Now, take the small climb of the small country, rich in atmosphere and perched on the hill to visit the light “Annunciazione” of Neri di Bicci (1470), inside the church di “Santa Maria Assunta” to end the discover of the very rich artistic heritage of this small place: others amazing frescoes “tavola lignea” (wooden table) of Paolo Schiavo (near 1460) inside of “Santa Barbara” church. 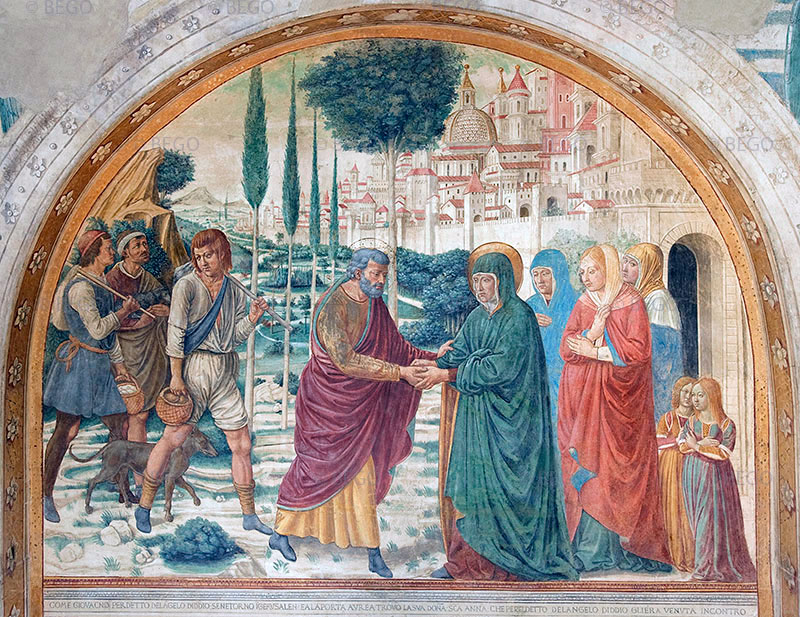